‘God is with us – everywhere’, our Nativity play 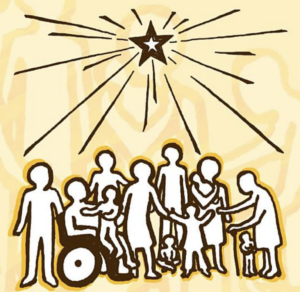 Preparations are well under way for the 2020 Nativity Play, which will be screened on Sunday 13 December as part of the 11am service.  We’re doing a play called, ‘God is with us – everywhere’, by Fay Rowland. It’s been written for live or virtual performances and features, as well as the traditional story, Beyoncé, mobile phones and Colin, an apprentice shepherd.

We have a cast of sixteen young people and parents, and will be recording all parts separately in lockdown, stitching them all together into a single film with the help of Sam’s technological wizardry.  There will be some musical interludes from the young people and wider congregation.  We’re hoping it will be great fun for all taking part and will produce a unique and wonderful film at the end.